We were delighted that our first screenings took place in our Picyurt House,  cinema at Doune the Rabbit Hole. A place we know and love.

Where we screened over 50 films from silent film to music videos, political documentary to experimental forms we aim to inform, challenge and entertain.

An amazing, Oscar nominated, Brazilian animation that uses the power of imagery and music to portray a powerful, deep and challenging message. A cautionary tale of globalization, Boy And The World shows the issues of the modern world through the eyes of a child and teaches us, above all, the dangers of the mass commodification of the mind, and the soul.

One Potato Two Potato is a beautiful black and white experimental documentary which follows the outdoor play of city children in bombed out London in the 1950s.  Performed with live music from Georgie McGeown (Velma, ILK, Sound of Yell) and Aby Vulliamy (National Jazz Trio of Scotland, The One Ensemble, Sound Of Yell).

The Lost Art of the Film Explainer (U) – Saturday 6pm

Travel back 100 years and experience the birth of cinema! Back in the early days film soundtracks were provided by live musicians and orators – performers, preachers and storytellers who brought their art from the Victorian Magic Lantern shows into the wonderful new world of “animated picture shows” or the movies!

Cult-pop raconteur Aidan Moffat sets out to explore Scotland’s past by rewriting and touring its oldest songs. But he doesn’t count on running into 79-year-old force of nature Sheila Stewart – a travelling balladeer who upturns Moffat’s folk assumptions. He believes the old songs are ripe for updating. She does not. 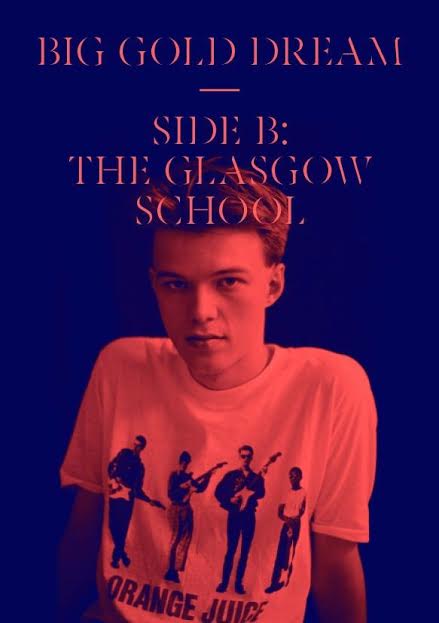 Like Grant McPhee’s recent feature Big Gold Dream, The Glasgow School documents the excitement of the late 70s/early 80s Scottish Post-Punk scene but with the focus now solely on the legendary Postcard Records. Still a work-in-progress the film gives unique accounts – and the most complete history yet of Postcard, Swamplands and Postcard 2.