Hairy MooMoo – Hadi Tabasi, Rasoul Zarrin | Iran | 2015 | 5 min
A Stone Age caveman has a bad hair day.
Alike – Rafa Cano Méndez, Daniel Martínez Lara | Spain | 2015 | 8 min
In a busy world, a father tries to teach his son the right way. But… what is the correct path?
How Shammies Tidied Up – Edmunds Jansons | Latvia | 2015 | 6 min
The Shammies’ house is so messy it isn’t possible to find anything. Mr. Cat suggests a spring-clean. The frying-pan lives in the kitchen, the toothbrushes in the bathroom, but where does The Winter live?
I Am Not A Mouse – Evgenia Golubeva | UK | 2015 | 3 min
Every time Lucy is called ‘Mouse’ by her Mum, she turns into a real mouse! What is Lucy going to do?
The Marathon Diary -Hanne Berkaak | Norway | 2015 | 8 min
A girl called Always Last embarks on an adventurous marathon through the ice cold and mythic landscapes of Lapland. But she soon discovers that the run is not going be a straight line between start and finish.
Zoo Story – Veronika Zacharová | Czech Republic | 2015 | 4 min
A curious girl is at the zoo with her mum. What plan will she devise when she meets a lonely gorilla and mum is busy with business calls?
Perched – Liam Harris | UK | 2016 |11 min
Hamish Fint, a crotchety old man used to a life of seclusion inside his precariously balanced submarine, struggles to maintain equilibrium when an unwelcome visiting seagull rocks his world.
The Girl Who Spoke Cat – Dotty Kultys | UK, Poland | 2014 | 6 min
In a dull, organised world a curious girl longs for some colour and joy – against the wishes of her rule-obeying mother.

Firaq|Kalliopi Zifou – A Syrian couple during their final moments together as they cannot both afford to seek for refuge. facebook.com/firaqshort

Directions | Sharon Rennie  – A married couple go for a pleasant drive in the countryside in an attempt to rekindle their relationship but they get lost on the way and an argument ensues.

Break| Lewis Paterson  – A young homeless man looking for some shelter in a pool hall is coerced into playing pool with a man he has just stolen from.

Poet with Punch| Zdenek Ruzicka – Poet With Punch is a short documentary starring Matt Windle, poet by day and boxer by night. Accompanied with a breathtaking poem by Matt himself, we are invited into a personal journey of an artist and a fighter told in an unyielding momentum.

Kendoka | Jack Jeffrey  – A short documentary about the life-changing power of Kendo.

The Frying Game | Martin Lennon | Scotland |10 mins – The Frying Game takes a light hearted look at one of the symbols of modern Scotland, the Deep Fried Mars Bar. Allegedly it can give you an instant heart attack if you eat one, however where does this humble and quirky snack have its origins?

The Repairman | Bashrat Khan | Scotland | 6 mins – Bill Bailey runs one of the last remaining repair shops in the East End of Glasgow. Filmed over one day in his shop, Bill is a natural story teller who dreams of being in Taggart. This is the story of a community, the referendum and the disappearing art of repairing

Oor Wally |Martin Lennon | Scotland | 12 mins – Oor Wally (The Warrior) is a lighthearted documentary that follows Scotland’s most unique mascot Wally the Warrior across an eventful football season. Wally also happens to be Eleanor, a mother of eight and and granny of seven.

Dear Peter | Scott Willis | Scotland | 25 mins – After discovering a large collection of handwritten postcards in a secondhand shop, filmmaker Scott Willis begins a journey to track down their owner. But with the collection spanning over seventy years, a reunion seems unlikely. Who was Peter? How did his life end? And what happens to us when our time is up?

Short documentary about adventure and wildlife photographer James Roddie and his descent of the obscure Eathie Gorge on the Black Isle in Scotland. This is potentially the first time this had been done, though information is hard to find. 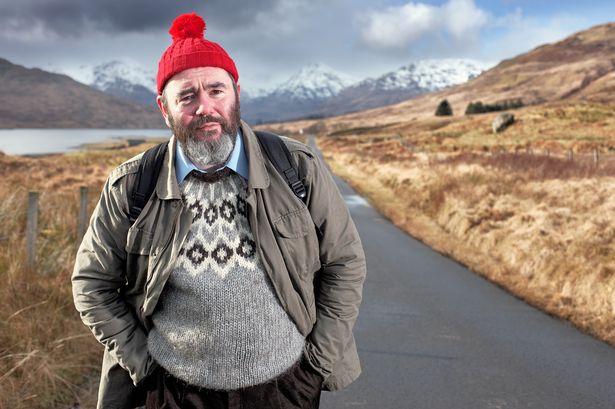 Cult-pop raconteur Aidan Moffat sets out to explore Scotland’s past by rewriting and touring its oldest songs. But he doesn’t count on running into 79-year-old force of nature Sheila Stewart – a travelling balladeer who upturns Moffat’s folk assumptions. He believes the old songs are ripe for updating. She does not.