a whistle stop tour round the a wee corner of the worlds of storyboard, soundtrack & stop frame animation. This is an opportunity to unleash your creativity in the intimate setting of the yurt cinema. Come in & try it out

When Islamist militants took control of northern Mali in 2012, all forms of music were outlawed under a religious ban. Mali’s musicians faced torture and were forced into hiding or exile. The film follows Malian musicians who fought back, using music to protest against the ongoing violence. The film draws the audience into the human side of Mali’s conflict and examines extremist attacks on culture, art and freedom.

The screening of the film will be followed by a Q&A session with Songhoy Blues.

In 1984 20 year old closet gay Joe hesitantly arrives in London from Bromley for his first Gay Pride march and is taken under the collective wing of a group of gay men and Lesbian Steph, who meet at flamboyant Jonathan and his Welsh partner Gethin’s Soho bookshop. Not only are gays being threatened by Thatcher but the miners are on strike in response to her pit closures and Northern Irish activist Mark Ashton believes gays and miners should show solidarity. 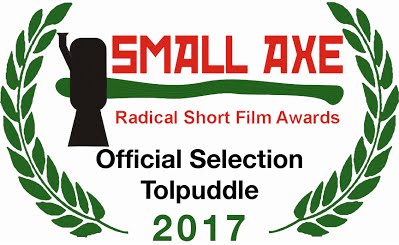 Dare to Dream| Jennifer Wager |30 mins | US – Follow the amazing adventure of American doctors trained in Cuba as they return home to the US to serve communities struggling with a health crisis in this inspirational film.

Champions |Anastasija BrÃuniger | 8 mins | Germany – On the day of the football European Championship finals 2016, a group of Kurdish children from a refugee camp in Northern Iraq, tries to contact the FIFA to register their team for the football World Championship in 2018.

Fight! | Ayala Guy | 19m 30s | Germany – Ayala, an Israeli young filmmaker, arrives to the boxing gym “Sin City” in Leipzig, Germany. The aim to make a “real” movie in the boxing gym combines with the hopeless goal of becoming a “real” fighter.

Sandman|Lauren Knapp| 18m 54s |USA – A doctor walks the line of his own morality as he participates in executions, while personally opposing capital punishment.

The Interview |17m 38s |Marc GURUNG |France – Christophe, in his thirties, black, passes a job interview in the company where his girlfriend, Emma, works. The same night, convinced he got the job, the couple celebrates the event. But in the heat of the moment, Christophe asks himself if he will be chosen for his skills or if he received special treatment. The evening has only just begun…

ASSHOLIO | Nathan Erasmus | 3m 13s | Ireland – When Beautiful Monkey gets rudely awoken by some drilling, he jumps on his trusty ass to try and find some peace.
iRony | Radheya Jegatheva | 7m 53 s | Australia – “A film that explores the relationship between man and technology…told from the perspective of a phone.

BUNKERS |Anne-Claire Adet |14m 03s |Switzerland – A sensorial and first-person immersion into the suffocating experience of an underground shelter where asylum seekers are stowed upon their arrival in Geneva.

1am – Cinemor77 Psychedelic Shorts (15) – a selection of the very best psychedelic and experimental films from our call for submissions.